In the 12 years since 2002, MEAS and its consumer facing brand drinkaware.ie have led the way in developing initiatives aimed at increasing awareness of drinking responsibly, changing attitudes towards excessive drinking and helping address the urgent issue of alcohol misuse in Ireland.

Training in Responsible Serving of Alcohol

Supported by MEAS, Fáilte Ireland and the on-trade representative organisations, more than 17,000 bar-tenders undertook training in the responsible serving of alcohol.

Raising standards in the naming, packaging
and promotion of alcohol

The membership of the Independent Complaints Panel established under the MEAS Code of Practice was fully independent and brought a wide variety of experience to its deliberations. The Panel decided on 64 complaints during its life. All complaints were published in the media, on the MEAS website and in annual reports circulated to relevant stakeholders.

MEAS has called on Government to introduce a single statutory code that addresses promotional activity by all retailers of alcohol, backed by Section 17 of the Civil Law (Miscellaneous Provisions) Act 2011.

MEAS hosted a number of national conferences on important themes including:

Alcohol and the Community

The Cultural and Social Aspects of Alcohol

Drinkaware’s award winning communications programme challenged our culture of excessive drinking, and provided information and strategies to support responsible drinking. The programme was research led and delivered in partnership with a broad range of organisations.

Research undertaken by Millward Browne in January 2014 (the MB research1) found that drinkaware.ie was perceived as the leading organisation promoting drinking in moderation; 85% of over 18s were aware of drinkaware and the awareness level increased to 91% amongst 18 – 29 year olds, drinkaware’s key target audience.

More than 9 in 10 of those aware of drinkaware said the brand should be used more widely, while 7 in 10 said ‘it is effective without pointing the finger’.

More than 1.1m unique visitors logged on to www.drinkaware.ie, while responsible drinking messages developed by third level students in the 2013/2014 competition reached more than half a million.

Reduction in consumption of alcohol

The MB research also found that 6 in 10 now know what a standard drink is, 5 in 10 know the time it takes to process alcohol, and that 8 in 10 now organise transport to avoid anyone drink driving. There has been a very significant reduction in road fatalities in Ireland since 2007 and in the rate of detection of drink driving3.

The MB research also found that 8 in 10 believed there is growing awareness of the effects of excessive drinking, while 9 in 10 agreed that being drunk in public is unattractive to the opposite sex.

Reduction in prevalence of underage drinking

Irish and international research reports have recorded a reduction in the prevalence of underage drinking in Ireland, particularly since 20074, while Garda data5 shows a reduction in public order offences (some 36%) between 2008 and 2012.

As we enter into month 2 of the Covid-19 pandemic people are becoming pretty sick of being stuck of their homes. With some welcome good news last week that from May the 18th people can now officially meet with people from other households it seems that there is light at the end of the tunnel.  Just to be clear these meetings can only take place outside and the social distancing guidelines must still be adhered to.

It is a worrying time for many who suffer from depression and anxiety as many people are feeling quite lonely and isolation. This has led to many people abandoning their normal ways of life including workout regimes as of course the gyms are now closed and also their normal eating habits. 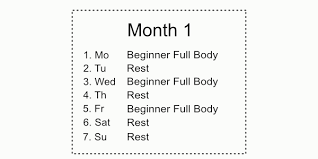 The same thing can also happen with alcohol consumption. Being stuck at the house can lead to boredom and of course the pubs are closed. This combined with many people working at home has led to people who would usually only drink once or twice per month upping their alcohol intake. So multiple times per week. Although their intake may not be large volumes it can lead to difficulty when life goes back to normal in the future and a bad habit can creep in.

For people who are prone to depression and have an addictive personality this can be a poor combination. It is important to try and keep as normal a schedule as possible when working from home. This would include getting up at the same time and showering as if you were going into the office. Do not get up and begin working straight away. You need to set boundaries around your work times.

For home workouts it is important to do some form of exercise. Home gym equipment can be hard to get at the moment but websites like Mestech give great advice on how to stay fit at home. Most of all keep yourself active and hopefully this will all be over soon.

So again Christmas is around the corner and another year comes to an end. It is crazy how fast time seems to be going by and summer came and went so quickly. Already Christmas decorations are popping up everywhere and people are preparing to do their Christmas shopping.

The same products are being sought after as the last few Christmas’s and one of those popular products is the hoverboard. Although these have been around for quite a few years now they are as popular as ever and for some reason they are a big hit at Christmas time. Stores such as escooterireland.ie are already reporting increased sales in these hoverboards with many people getting ahead of the Christmas rush and ordering their hoverboards online.

Online shopping at Christmas time can be quite stressful. The courier networks are under extreme pressure and people begin stressing about getting their gifts on time. This is why it is good to get organised and order online in November before things really ramp up. Last year it is reported that Irish shoppers spent over 4 billion for Christmas 2018. That is a staggering number and when you think of the amount of money spent on presents that will never be used it really is quite staggering.

More and more family’s are deciding to do Christ Kindle which means that they get a gift for one person in their family. This makes sense financially and also cuts down on unnecessary spending which can put a lot of strain on a lot of families around the country. Our tip here at meas.ie is to do a Christ Kindle and put a budget on the gift and stick to it. This means that most people should have one gift to be gotten for someone in their family and it takes a lot of the stress out of the run up to Christmas.

We are writing this post due to the huge amount of buzz online about electric scooters. We have written about this quite recently but things have changed a bit since we wrote the last electric scooter related post. Namely that the legality of them is not so up in the air but they are in fact being classed as mechanically propelled vehicles. This means that they should not be on the public roads full stop. However if you are caught on the road not only will it be seized but if you have alcohol on your breath and you are over the limit then you could be done for drink driving.

Now this sounds like quite the scare tactic but an Garda Siochana have made it pretty clear that they will not tolerate these on the roads so examples could be made of the first few people who get caught on the road and you don’t want to be one of them! The funny thing is that the Guards actually have a patrol on Segways in and around Dublin City Center a lot so I wonder what the legality of those are!?

In any case you do not want to be caught over the legal alcohol limit on one of these electric scooters. Recently there was a crack down on drink cycling and several people were brought to court over it, again to be made an example of. In good time these electric scooters should be come fully legal on the roads but until something is done about it, it is just not worth the risk.

That said there is going to be a fight from many to get them back on the roads as soon as possible. Companies like it-directory electric scooters are actively campaigning with some government ministers on the electric scooter laws at the moment. As always we encourage people to have fun and enjoy their drinks but please do it responsibly!

Electric scooters are getting a lot of headlines lately and there is still a grey area about the legal standing of these electric scooters. According to some sources electric scooters require a drivers license and insurance to be driven on the road in Ireland. There is also the question however that is this is not the case can they be driven in bike lanes as this is where most of them are being seen, especially in the Dublin area.

After doing some research there does not seem to be a clear answer on these sorts of questions with some sources stating that they are not mechanically propelled vehicles and other sources stating that they are. When Googling electric scooter law in Ireland this page says that they in fact are not MPV’s as they require a push off to begin moving. If that is the case then they would have the same law as a bike and not require a drivers license or insurance.

This is also important as to whether you can have alcohol and drive an electric scooter. Now obviously this is not advised no matter what the law but strictly from a legal stand point it is important to know where you stand on this as if you are caught over the limit and the guards deem the electric scooter to be a MPV then you can be done for drink driving and even go to prison!

The official Guarda stance on this is still unclear and it could come down to the members interpretation of the law. This is important as if you are riding an electric scooter in the bike lane and a Garda sees this as an MPV then you can also get points on your license.

The Future of Electric Scooters:

Simply put we are still unsure of where the law stands on this. There has been mentions in the Irish papers that a specific law for electric scooters is going to be pushed through as the government want to encourage people to use these electric scooters that will help take people off of the roads. However official resellers of popular electric scooters like www.escooterstore.ie insist that they have checked with the Guards and the scooters do not fall under the MPV law if a push off is required.

Whatever the case it is important to never drink and drive on an electric scooter. For your own safety as much as anyone else’s even if the law is not clear on it, it is very dangerous. Please be safe on our roads. Meas.ie.